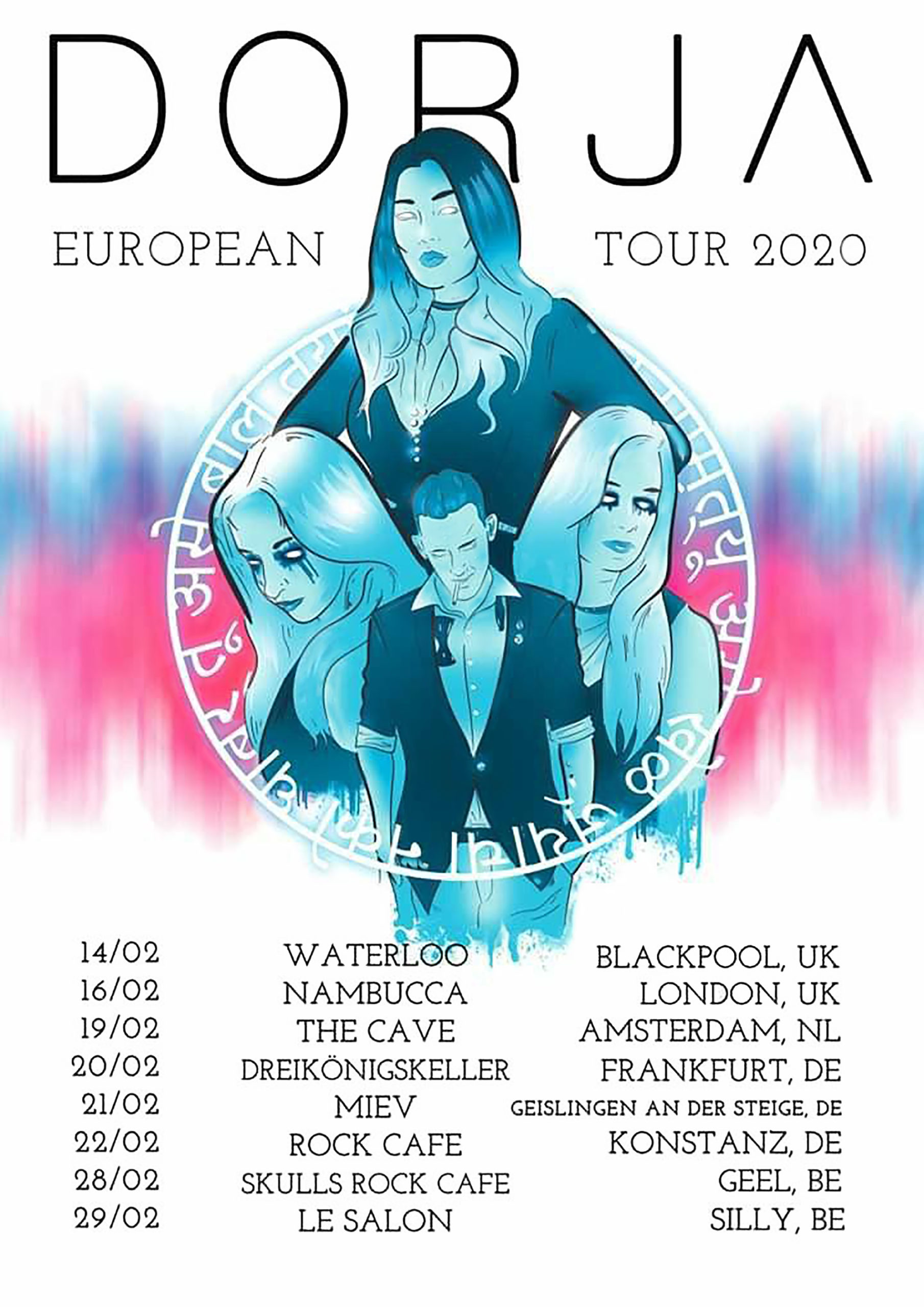 A Band Of Iconic Ladies And A Lad

Meanwhile the band has released a series of videos of the show in Silly at the Le Salon, 29. February on their YouTube Channel.

We decided to upgrade our earlier review and present it here. To give you more of a live feeling, just klick on the song titles and they open automatically. Especially during these days when we all miss  attending concerts – they seem to be so “Far Gone“…

A More Than Satisfying Alternative To Carnival

Dreikönigskeller Frankfurt, February 20th, 2020, it is the evening of Carnival Thursday, better known as “Altweiberfasching” in Germany when people start to gather in a little dead end street next to the shores of the river Main, a bit cold but at least not raining …

The Dreikönigskeller is located in Frankfurt Brückenviertel, next to the Eiserne Steg with a direct view over the Main. It is a tiny venue, very cozy, not much more than the stage and the bar with a little space for the audience. To say so, it has the size of my living-room. Parking is difficult in around here. Better use public transportation or make use of a public car park. Instead the quarter is a good spot for a little snack before the show even when there never is a “Silence”.

“The raw sound and energy is how we can only imagine Lizzy Hale fronting an “Appetite For Destruction” era Guns N’ Roses might have sounded.”
— Adam Kennedy, National Rock Review

The door opens at about 20:30 h. You can listen to the sound check from the outside during your waiting time.
Once in, people grab a drink from the bar. Talk to each other. Patiently wait for the band playing tonight while the band just went for a quick diner around the corner. It seems like the audience is very familiar with each other going there for any band playing to support the bar and the bands for an “Even Flow”.

This time the band is Dorja, a four-piece combo based in the UK and L.A. though the members originally are from different countries. They are Aiym Almas – vocals, Anna Mylee – drums, Rosie Botterill – guitar and as the newest member Oliver Lee. He follows the well-known Becky Baldwin on bass guitar, is an old friend of the band and the producer of their masterpiece “Gemini” (2019). So he did not jump into a completely unknown subject. For the show they are completed by an additional guest guitar player to support their sound.
They open their show somewhat short after 21:15 h jumping on stage more or less from dinner table. Dorja play pretty much their complete album “Gemini” plus some more songs. Their sound is an interesting mix of Aiym’s Janis-Joplin style vocals – well, without the drugs of course and traditional old-school Hard Rock or Metal of the 1980s influences.

Nota bene: Meanwhile Alex Scheuerer joined Dorja as the second guitarist so they are the 3 ladies and 2 lads now. Here is what they say about Alex on their website:

“We are extremely thrilled to welcome him as a permanent member after he joined us on a couple of tours this year. He is not only a phenomenal guitarist but a dear friend of the band and we are excited to have him on board. We have already worked together behind the scene on some new content and material which will be released this year (if COVID19 allows us to).”

Seems, they really are set on “Fire”.

The skills of the 4 plus 1 musicians are undeniable, their songs contain very interesting structures and harmonies. Anna, the drummer plays barefoot and she switches from thunderous power beats to Jazz style, only softly touching the drums from one second to the other. Oliver plays a very solid and precise bass style with a never-ending smile on his face. Same is Rosie on lead guitar, although squeezed in one corner of the stage. She is barely able to move a step to the front, left or right but visibly enjoying the show. Sadly, the stage really is so small – the microphones already have to be placed on the ground floor – that it barely gives enough space for the 5 of them and the drum kit. So there is not much stage action nor jumping possible… Nevertheless, the band enjoys being back to Frankfurt, somehow they seem to like the town as Rosie mentions after the show. And so does the audience, which meanwhile fills the whole venue, not crowded that you can’t breathe anymore but very well filled up to the stairs. At 22:30 h Dorja have to close their show with a last encore, which doesn’t mean the leave immediately or “Helter Skelter”.

Instead, they are happy to stay in the venue, have a drink, talk to people, ask them what they think about the show, even raise completely ordinary themes and it is more like talking with old friends. It also turns out that Anna and Rosie are vegans and like chocolate, so whoever wants to see Dorja live, don’t forget to buy some vegan chocolate for them as a gift. Of course they also sell their merch, happy to sign everything and take photos. And honestly I must say, their merch is quite not expensive; other bigger (but better?) bands sell t-shirts for the price of their complete collection (one t-shirt, two CDs, one patch, one poster) plus you can have a nice chat with them for free (no VIP ticket needed).

As a little encore (as of every good show) we are happy to present the newest work of Dorja, the cover version of Audioslave‘s “Show me how you live”.