The Czech Republic has never really produced a commercially successful metal band that would make it big in the world of heavy metal music entertainment. But it makes up for this shortfall by the number of legendary bands across the whole spectrum of heavy music – think Krabathor, Master’s Hammer, Lykathea Aflame, Cult of Fire or Epicardiectomy.

The Czech Republic is also known as a hotbed of extreme metal, it gave birth to the Obscene Extreme Festival after all. A number of Czech grind or gore grind bands have reached iconic status within this subgenre. Malignant Tumor, Pathologist, Contrastic and Gride deserve to be mentioned; more recently the band Gutalax has made a splash internationally. 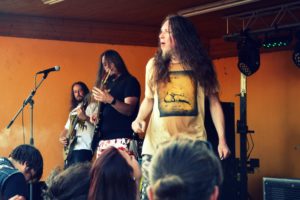 The band Spineless Fuckers will probably be unknown to the reader, but let me try to convince you in this review that they’re not just a random boring local band who doesn’t deserve your attention. The five piece hails from Brno, capital of the Moravian region and their music is close in spirit to that of two other prominent local death/grind bands, namely Pigsty and Mincing Fury (in case of the latter they also currently share two members).

These bands play an eclectic mix of extreme genres like grindcore, goregrind and brutal death metal, that sounds super hard, but can also be over the top and wacky. There is some ironic distance and some songs can be outright fun, but they can also have serious moments – they’re not cut-and-dried party metal bands.

Spineless Fuckers are the youngest of the aforementioned bands. They were founded by three Mincing Fury members, some of whom rejoined the band later. The two original members in the line-up are Reef, who’s also a screamer in Mincing Fury, and guitarist Mařa. The band has gone through significant line-up changes recently. Notably they were joined by Deranged’s axeman Thomas Ahlgren, who moved to Brno from Sweden.

After their founding the band has released three albums in quick succession, but their last album “Funny Games” came out in 2012, a whole decade before their newest release. It’s not surprising, then, that there is an evolution in their sound as production choices. As I’ve mentioned above, their previous releases were a wild mix between grind/gore and gutter slam. They haven’t abandoned the eclecticism of their previous releases, but their sound has moved decidedly towards death metal.

“Tales of Extraordinary Madness” is a tight, well executed death metal record with lots of attention to detail and a great sound. All the members are seasoned musicians who have been in the game for a decade or two – or even longer. Reef is a top-notch growler, he can produce a variety of broooootal sounds: he can do really deep gutturals and creepy squealing vocals. But he will also throw in some zany pig squeals and gnarly high pitched screams. 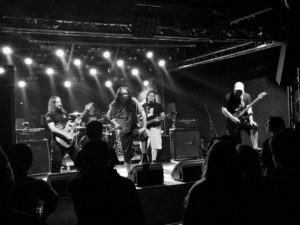 Of course Thomas Ahlgren is a big reinforcement for the band, but the other members of the band are on par. Mincing Fury axeman Motorak who plays bass in Spineless Fuckers is great performer and an indispensable creative force of both bands. And you will definitely hear his bass playing on the record! I’m not sure who the drummer is, but he’s definitely a beast.

The record is short and sweet and so are the songs. Even though the brutal death influences are much stronger on this LP, it’s still very much grind or death/grind in spirit. Most songs are around two minutes long, we even get a < 1 minute rager “Pain Masterpiece”. The brevity is fully balanced out by the music’s density: quick transitions, unexpected movements and many cool details that repeated listens reveal.

Listening to the opener “Stick Up Your Hole” you might think you’re listening to something like Aborted at first, but then comes in a bit of a wacky vocal hook that might throw you off if you’re not familiar with the band’s output. I like the beefy riffs and catchy hook in “Unexpected Riot”. This song also has a straight-forward slam part. In “If They Are Not Lost, They Are Lost Forever” we hear a strange juxtaposition of a sinister main riff and over the top vocals, there is also a cool melodic outro. There are some really weird pinch harmonics in “Homobicycle” (if you’re scratching your head after reading the title you’re not alone…), which definitely stands out.

As a fan I’m really happy about this release. The band can write fun, hard hitting, catchy songs, and their unconventional approach makes their music feel fresh and memorable.

It’s obviously for extreme metal listeners, so if death/grind isn’t your cup of coffee you’ll probably give this a pass, but for the real freaks will have fun with this record.

All photos by Patrik Lorenc Photography 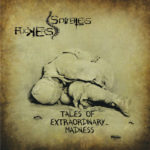