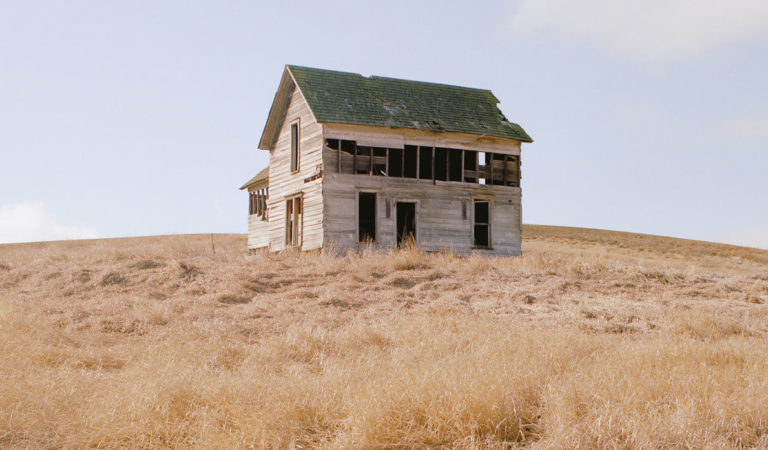 What’s On Our Radar: April Releases

We’d like to present our first metal news roundup article which we want to start publishing with some regularity. Obscuro.eu is not a content mill and we don’t reprint label press releases, but we want to add value to our readers by providing an overview of notable releases that got caught in our virtual nets. Our ambition is not to be exhaustive or “objective” in what gets highlited. The roundup reflects what the author finds noteworthy and enjoyable. We hope our readers discover cool music in these lists that they perhaps would otherwise overlook.

Architects – When We Were Young | Metalcore | UK

Architects need no introduction. They are one of the biggest metalcore acts in the world and their monthly Spotify listener count is elite tier not only for a band in that genre but in rock/metal overall. They will also be forever known as the originators of the “Doomsday riff” that changed the sound of modern metalcore. They’ve released nine full length albums since their founding in 2004, a pretty extraordinary output for a band that also tours heavily. Their last album “For Those That Wish to Exist” only came out last year and it’s a bit early to be talking about a new Architects LP, but here we have a new single that might end up on an upcoming project. “When We Were Young” is a certified banger with a hard hitting verse and an epic chorus that will certainly not disappoint old fans of the band and certain to gain them new ones. It’s both punchy and emotional and Sam Carter‘s vocal performance is jaw dropping as usual. This song has people talking and rightfully so.

It often happens that the perception of a particular piece of music gets colored by the circumstances in which the listener finds himself. This happened to me with the anticipated release by the Ukrainian avantgarde black metal quintet White Ward. The  circumstances that make their music more subjectively impactful to me is obviously the fact that Ukraine finds itself under military occupation. I can not suppress the thought of the current war happening there when listening to the newest single called “Leviathan”. White Ward became a household name among post black metal fans after the release of “Love Exchange Failure” three years ago. The songs on the album are marked by complex song structures and jazzy sections and saxophone lead melodies. The newest single is taken from their upcoming album “False Light” which will come out in June on Debemur Morti Productions. On it the band does what they do the best: play hard hitting, emotionally impactful black metal with meandering song structures and memorable solo melodies. It’s a somber piece and I can’t help but think that the choice was influenced by the time in which it was released.

Melo-death enthusiasts will probably already know all about this new band called The Halo Effect, but if you’re not an avid consumer of the “Gothenburg style” of death metal, let me fill you in. The Halo Effect is a band by former In Flames members, most notably its founding member Jesper Strömblad. All members have a connection to In Flames and that includes the vocalist, who is none other than Dark Tranquillity’s Mikael Stanne (Mikael recorded vocals on their first demo). The project was started in 2020, the first single “Shadowlands” was released last year. In 2022 we got the singles “Feel What I Believe” and now the title track from the upcoming debut album “Days of the Lost”. The band clearly wants to carry on the torch of the classic Swedish melo-death sound. When you listen to a song like “Days of the Lost” it’s clear that they are some of the best out there doing it, and also that they’re also really enjoying what they’re doing. The song opens up with an Iron Maiden-y riff that feels like it’s taken straight out of a classic In Flames record like “The Jester Race” or “Colony”. After a hard hitting, thrash-y verse comes an addictive chorus with a driving, cheerful guitar line whose simplicity nicely contrasts with the intricate solo guitarwork. There really is no wonder that the song got half a million views on Youtube in two days and I’m sure many metalheads can’t wait till August, when the LP will officially be released.

This single is a bit of a wild card, because it’s from a band that is less known than many of the others in this roundup, but people who follow modern death/metalcore music more closely might very well be aware of this up-and-coming Prague outfit. Abbie Falls became a sensation in 2020 with their single “No One’s Above”. It was featured on Spotify’s Deathcore playlist and the song soon went to number one and stayed on top for a couple weeks. Not a mean feat for a band who up to that point has only released three or four songs to be topping a chart with names like Carnifex or Whitechapel on it. The song now has over a million streams on Spotify and the band also released another well received song called “Mayday” that year. Last year they released a single and eponymous EP “No One’s Above” which was a collection of previously released singles. Now they are back with the songs “Parasite” and the brand new one “Hell Is Other People”. The song shifts between a stripped down, pumped up verse with driving crunchy riffing and a huge chorus with orchestral instrumentation. The song is by no means formulaic, there are twists and turns and cool musical details. The song ends in a headspinningly crushing breakdown where singer Tomáš Klár seems to be trying to outdo Lorna Shore’s Will Ramos when it comes to unhinged vocal delivery.

After becoming popular as an uncompromising slamming deathcore band, Slovenian deathcore outfit Within Destruction changed direction on their latest full-length “Yokai” and started mixing deathcore with nu-metal and even trap influences, pissing off quite a few “real metalheads”. Now they are one of the most visible bands that are bringing nu-metal back, which has been a hot trend lately. Their current sound is unapologetically modern with all that it entails: djenty bounce riffs, electronic sounds and Linkin Park influenced vocal hooks. On their last single “Self-Hatred 2.0” they went fully experimental. It’s basically an electronica song and guitars and growling are buried deep in the mix. On “Nightmare” they’re back to doing the deathcore thing again, but clearly they’re continuing in the direction in which they’ve been headed in since the release of “Yokai”. The grooves are infectious and the main hook is really catchy. The music video also showcases the band as a tight trio. It’s the first time, I believe, that we see the new line-up with the newest member, Taiwan-based guitarist Howard Fong, in a music video. There is no info available about a new album, but we’re sure that the band has something in store for us.

Want some trippy cosmic black metal with Lovecraftian themes that feels like a DMT trip induced through your speakers? You’re on the right address, mate.

Norway’s balcancore goofballs TrollfesT are back! This is the title song from their upcoming album, which will be released at the end of May.

Not everyone is on board with what Jonathan Davis and his band have been doing in the past ten years, but this is worth a listen – if nothing else for the nostalgia value.

Bleed From Within – Stand Down | Metalcore | United Kingdom

UK’s Bleed From Within have made their way into the ranks of metalcore elite and have shown staying power. This is obvious also from their newest single “Stand Down” taken from their upcoming album.

I know this band only because of their hit song “Mikasa” and was expecting some melodic hooks, but this song is more on the heavy side. Alright, I’m not complaining…

This is a fist video single from the album “Sharing is Caring” by Czech death metal outfit Cutterred Flesh. If you missed that release check it out. It’s a top notch death metal album.

Taiwan’s Infernal Chaos are a metalcore bands started by Chthonic guitarist Jesse Liu. The band has become more active recently after Chthonic took a backseat to their frontman’s career in politics. Here we have a new single and a videoclip with footage from their recent performance at Megaport Festival.

Caliban are true “OGs” of German metalcore. They’ve been around since 1997 and new album “Dystopia” is number twelve in their discography. And judging from their new song “Alien” they are strong as ever.

Exocrine are a French tech-death band that signed with the top modern death metal label Unique Leader. Their new song slaps, no buts about it.

Nordjevel are carrying on the torch of true Norwegian black metal. Their new song will surely appeal to fans of Dark Funeral or Tsjuder.

Sweden isn’t exactly well known for its technical death metal bands, but Soreption definitely put the country on the map. Their new single has a lot of groove for a tech-death song and absolutely sick guitar solos by guests Dean Lamb and Tobi Morelli of Archspire.

Norway’s slam thugs Kraanium have released a split album with Toronto band Existential Dissipation. It’s been a while since we’ve got some new music from Kraanium, so enjoy if you like your metal nasty, brutish, and short.