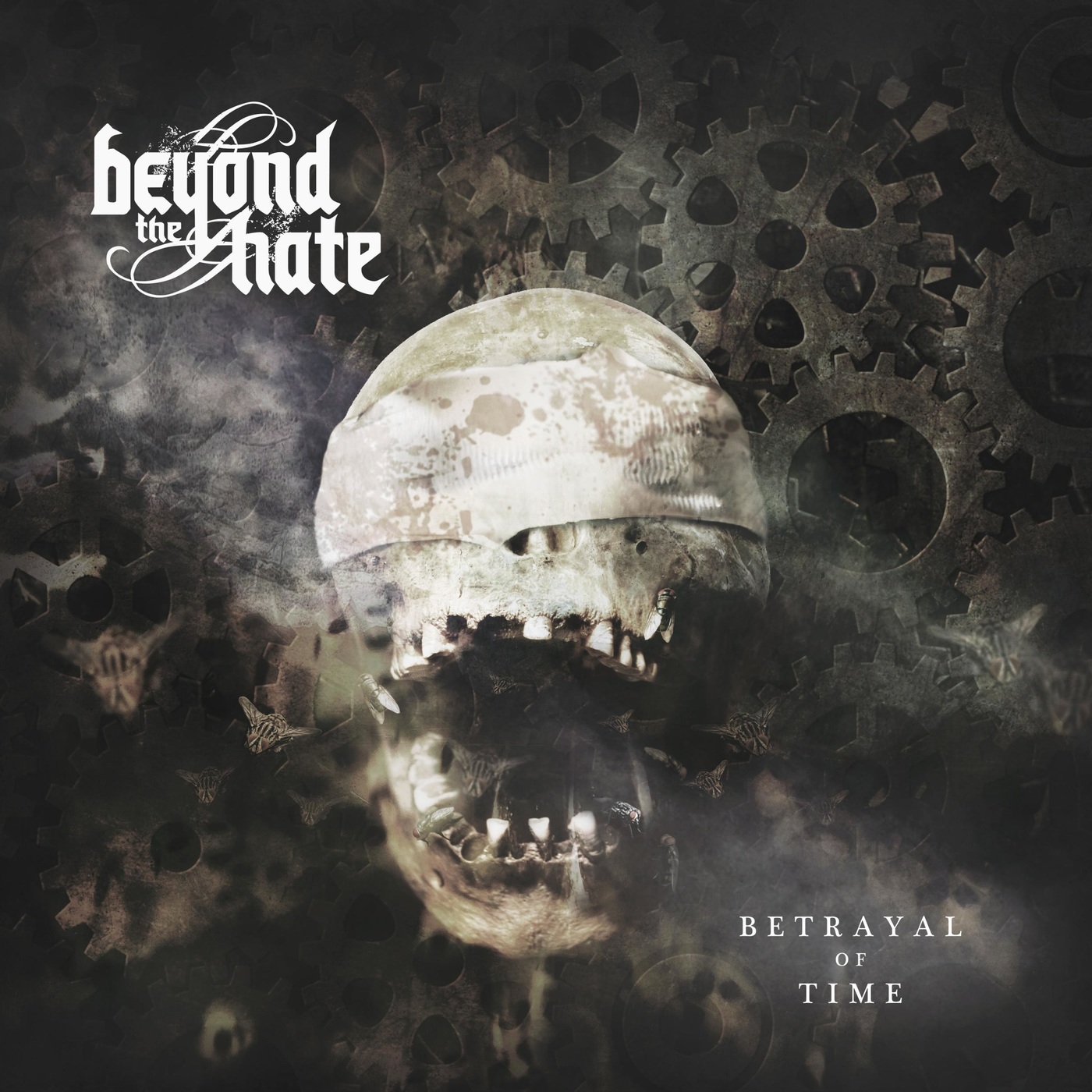 Beyond the Hate? There is an ocean of bands bearing the term “hate” in their band name, of course. But have you heard of this one before? Beyond The Hate! What is there to expect metaphorically beyond hate? – We shall speak of it later. But first let’s the music rule!

The EP “Betrayal of Time” was released on April 24th this year; produced and mixed by Pekka Posio (formerly at Sonic Pump Studios; studied at the Pop & Jazz Konservatorio in Helsinki!) who also chipped in part of the keyboards and syntheziser effects together with Vili Itäpelto. Remarkably, the EP was mastered at the Finnvox Studios. All this makes the production quite an investment for a new band!

All But A “Betrayal Of Time”! 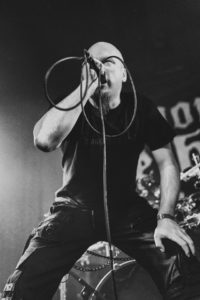 A sweet piano intro flows into a carpet of riffs and brutal drums set up a massive soundscape. – I take this very intro a more than promising beginning for any metal album and all the more for the first EP of a young band! The vocalist, Niko Kalinainen, becomes the growling storyteller, keeping a steady pace of lower speed. This contrast carries the song until in the second half orchestrations bring some softer moods.

Catchy, 80’s-style synths intro and powerful, happy metal guitar riffs in a little more than mid-tempo song as well as catchy vocal tunes make it some kind of Metal-Pop-Song – well let’s call it Metal Disco! It’s certainly a good song for a party: easy to dance to and easy to jump to the beat of the quite classical drum lines, Raise your fists metal generation! Otherwise, the perfect length to be a good teaser for more! 3:30 and that’s it, full stop.

“Silence Between The Words”

is the first, pre-released single from the EP. It hits right between the eyes and believe me, there is no silence between the words. Ha-ha, no. A semi acoustic, gloomy guitar intro flows into a wide, dark river of riffs that slowly creeps under heavy clouds of growls in a pitch black Northern night. Some rafts in the instrumental middle part tell the song from pure doom. The song ends as it begins, with the same semi acoustic, gloomy guitar. All further instruments fading out shift once more the focus on a creepy silence approaching.

Doomsday! – The dark and brutally slow, doomy guitars catch up infernal speed and let the song develop only to slow down again for a moment. Very nice storyline, interesting rhythm and speed changes all through the song. But then a very atmospheric and ear-pleasing riff fades into silence. What a pity! “The Blindfold” is a lady in doomy black. She does not reveal all her details on a first date. No. “The Blindfold” demands to be listen again, wants to be enjoyed again, I should say. And such a song simply deserves an end that is more than just fading out. All the more as this very passage actually is so atmospheric that I hoped it to be the bridge to more.

Allow me to add a couple of thoughts about their first single which is not on the EP:

freaks me out. It is one of those songs I listen to the first time and decide, ‘I don’t like it’. But I give it another spin. In the end, I still don’t like it but want to hear it again. And again. And again … and then I can’t even really word what it is that I don’t like it! Funny enough, I asked a friend for his opinion and here is what he replied: “Certainly a song you don’t get into your brain from first hearing. Give it time, you won’t regret it and out of the sudden you can’t get it out of your ears.”

Ok, so what is this fuss all about? This Cold Morning dawns in a black-metallish atmosphere, speeds up with the rising sun and brings some breaks in the afternoon before fading into the night. While I see the intro and some of the later break passages making it more than worth the while, the song is missing an appropriate end. This lack is certainly neither what hooks me to nor what makes me dislike the song. A song, however, that is able to keep a listeners mind busy and hooked – like it or not – should end in a bombastic climax instead of simply fading out into the void.

Who Is Beyond The Hate? 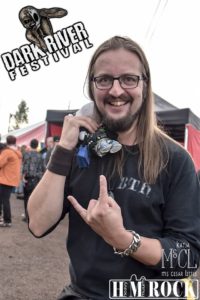 Beyond the Hate is a rather young band from Helsinki, Finland founded only in 2017. Back at the most atmospheric Dark River Festival near Kotka, I ran into Mikko Monto in summer 2019. Actually, it was our third encounter. But despite his obvious passion for my furry companion, he could not recall meeting us at all. Chatting a bit, Mikko mentioned that he is now playing bass in a band… 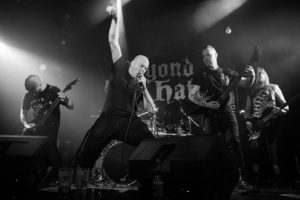 Despite the band’s young history, they were awarded on the Emergenza Festival Finland 2018 Final at Nosturi, Helsinki already. By then no more than a first single was released. Beside other competitors this year such as Mornful Lines, Shadecrown or Scars Of Solitude which have a far longer record, they competed in the Tuska Torstai competition 2020 until the pandemic situation quit the series of events. The Tuska Metal Festival is one of the largest and most important metal festivals in Finland. Beyond The Hate have already played some gigs on well reknown stages in Helsinki like Bar Loose to open for Evil Drive in late 2018 and on regional festivals such as the Haukka Metal Fest 2019 in Kotka.

“Betrayal Of Time” is a fresh and promising, first EP by a young band. They have come up with some really catchy and atmospheric riffs and I really like the storyteller-like style of most of the vocals. Only I’d love to see the ends of their songs will match their intros!

Epilogue: I Am Beyond (The) Hate

What is beyond the hate? Is there a void of aggression even exceeding our term of hate? Is it disillusion and numbness as you cannot feel anything anymore? Shift your angles around the term and step by step you will come to the point at which you find solidarity, friendship, love, peace and all these things! This year – 2020 – has forced us to become aware of new, deeper gaps in our societies. May it be those, taking a certain virus as what it is, the serious thread it possesses and those who are more ignorant of their social responsibility in favour of their own thirsts and convenience. But then 2020 is also proving our capability of overcoming hate, speaking of hate in the form of any kind of racism for example. May it be the tragic death of George Floyd forced by a white police-man, emotionless watched by his colleagues! May it be ‘party people’ running berserk after some police inspections checking for drugs; rioting, looting, resulting in massive material damages and injured police-men. May it be gawpers blocking access needed by fire fighters, emergency services, or police in action. Personally, I am sick of all those people! Right, I grant each one to undergo any disease willingly. But I am sick of all the lament usually by those who neither have any particular likelihood for a serious course of the potential infection nor any sort of true economic hardship caused by the pandemic or any other events. I am sick of brainless hate, no matter against whom. I am beyond (the) hate! Mankind should have better things to do – for example saving Mother Nature.