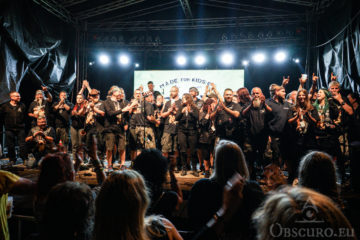 Friend.X aka Mr. Deep·August 14, 2022
While most visitors to concerts and festivals concentrate on the obvious only, the bands on stage, I often like to take a closer look behind. Who are the people working hard for it since we know, Pink is not there for our entertainment? What goes on backstage, who is in charge? How much work is behind a three days’ event? At least, who are those people who seem to play a role in front of stage as part of the audience? Here is a little insight from the Rock and Metal Day'z, Whitsun 2022.
Below-The-RadarFestivalsThe Metal Way Of Life
·0 Comments·0 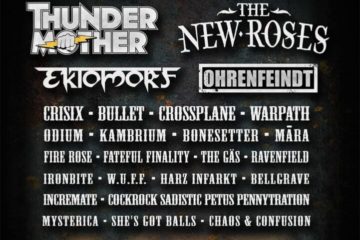 Friend.X aka Mr. Deep·June 22, 2022
The early summer sun has burned the metalheads while they celebrated the first wave of festivals. You might now think of Metalfest Plzen or much bigger and more mainstream, Rock am Ring and im Park with 85,000 spectators as the first ones to come up. Cut the last two zeros. I’m talking about a much smaller, laid-back festival, the Rock & Metal Day'z at Oschersleben nearby Magdeburg.
Below-The-RadarFestivalsOn-Stage Review
·0 Comments·2